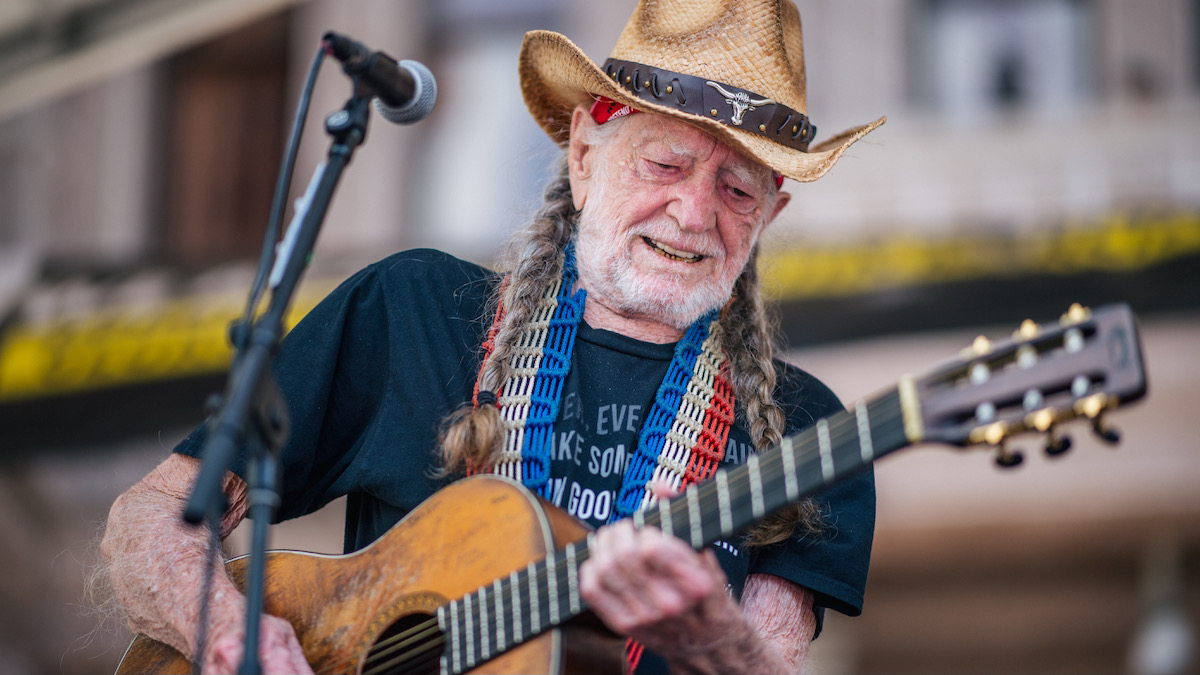 Willie Nelson performed at the Poor People’s Campaign march for voting rights outside of the Texas State Capitol in Austin on Saturday.

As Rolling Stone notes, it marked Nelson’s first public performance outside of his Luck, Texas ranch since the start of the pandemic.

In response to Texas’ controversial election reform bill, The Poor People’s Campaign march organized a four-day 27-mile march that began Wednesday in Georgetown, TX, and concluded on Saturday on the steps of the state capitol in Austin.

If passed, the election reform bill would limit early voting hours, ban drive-thru and mail-in ballot drop boxes, allow partisan poll watchers to record voters who get help filling out ballots, and make it a crime for local elections officials to encourage voting by mail, according to KXAN Texas.

“Laws making it more difficult for people to vote are un-American and are intended to punish poor people, people of color, the elderly and disabled…why?” Nelson said during his performance. “If you can’t win playing by the rules, then it’s you and your platform — not everyone else’s ability to vote.”

In September, Nelson will join Neil Young, John Mellencamp, and Dave Matthews for the 2021 edition of Farm Aid.