Will Smith’s body transformations as he begins fitness journey 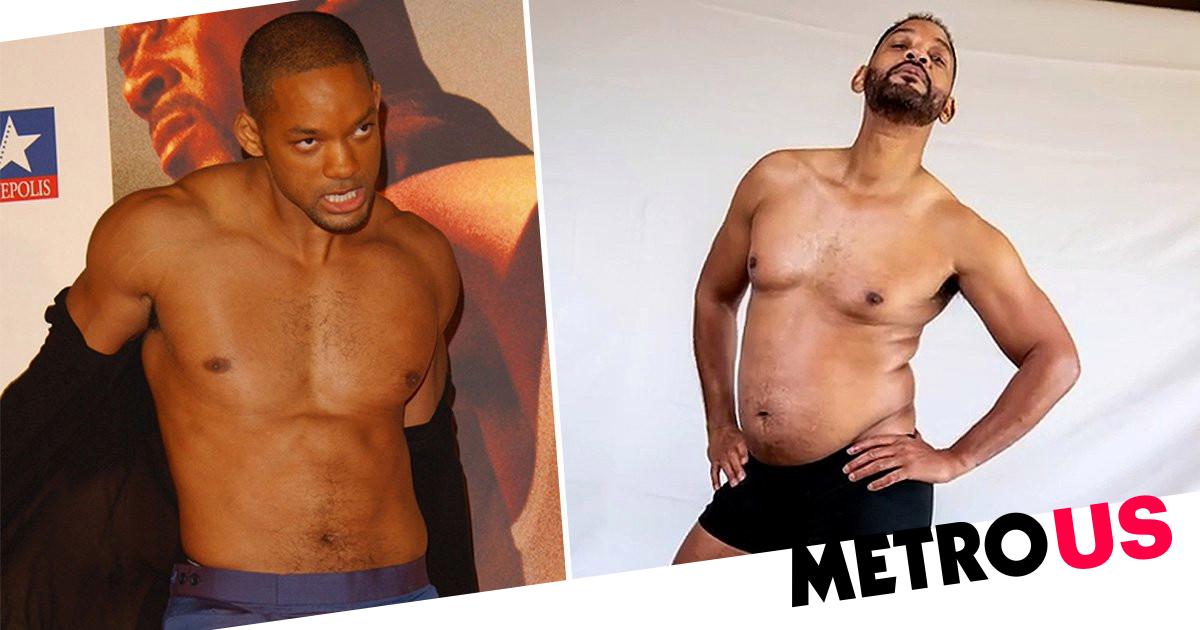 Will Smith claims to be in the ‘worst shape of his life’ but, while he actually looks great, he’s more than earned the right to let himself go a little after decades of going through intense body transformations for his blockbuster movies.

The Fresh Prince Of Bel-Air actor this week shared his most vulnerable social media post yet – a photo of him posing in his underpants while revealing the body he believes is in the ‘worst shape’.

Fans and celebrities promptly flattered Will with compliments, encouraging him to embrace his natural body.

Nonetheless, he’s embarking on a weight loss mission and is set to document the whole process for a new YouTube series.

Looking back at the gruelling ways in which he’s sculpted his body over the years, Will can certainly be forgiven for focusing less on the gym in recent months.

It’s safe to say, Will, 52, more than earned that best actor Oscar nomination for portraying boxing legend Muhammad Ali in the 2001 biopic, after all that muscle gain.

Playing the ferocious sporting icon was no easy feat and Will previously admitted it was the hardest role to bulk up for.

Speaking to Best Fit Magazine, the actor explained: ‘Without a doubt, that was when I was bulking up for Ali. It was a case of piling on muscle and mass, whilst trying to stay in shape.

‘It was intense, and involved a lot of running and treadmill work to ensure I was burning any excess fuel that didn’t add size.

‘I’ve never minded running, it’s okay, but the schedule was early mornings, straight up, straight out. For once it was a relief when I got into the gym.’

If there’s anything that could have prepared Will for the coronavirus pandemic and lockdown, it was his 2007 post-apocalypse blockbuster I Am Legend.

The actor is reported to have lost 20lbs of fat in order to bulk up for the quarantine film.

Will is once quoted as saying: ‘For me, the important part of that, and what we determined from our research, is that eating becomes something you do because you have to. There is no pleasure, there is no desire to eat, you just know your brain won’t function if you don’t.

‘So losing weight and then the working out being part of the regimen you have to do – but for me I have a much easier time losing weight than putting weight on.’

Playing the character of Deadshot in DC’s Suicide Squad was an intense process for Will.

He developed an eight-pack – pff, who needs six? – and ate around 3,500 calories a day and five healthy meals to keep his energy levels high.

Will worked with personal trainer, Aaron Ferguson, who certainly put him through his paces.

Speaking to Men’s Journal about the training, Will said: ‘I knew from the very beginning that this was going to be a big movie for me.’

In fact, he was exercising so hard that he tore a leg muscle during a cast sparring session.

‘It was really scary to be in that position,’ Will previously said. ‘When you’re 47 years old, no injury is a mild injury anymore. I was stepping back to throw a blow, and my calf popped. Everyone heard it. The doctor there told me that I was going to be down for six weeks, but I couldn’t allow that.’

Will’s five-day workout routine was based on a traditional bodybuilding routine, and included push-ups, full squats and dumbbell lunges among many other moves.


MORE : Will Smith declares ‘no more midnight muffins’ and vows to get in ‘the best shape of my life’ with new YouTube project


MORE : Will Smith reckons he’s in the ‘worst shape’ of his life as he shares photo of his body