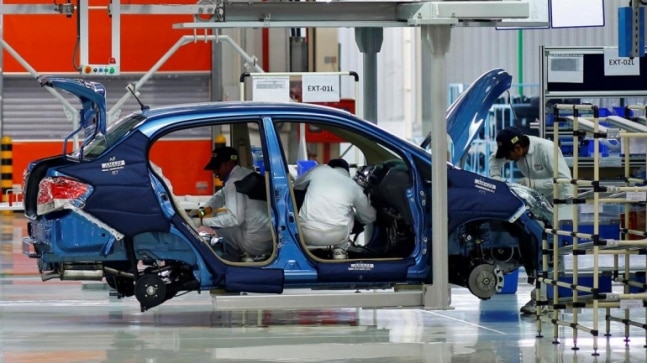 The festive season has arrived and all eyes are on the massive discounts and new launches. It’s that time of the year when one waits to buy new cars and other products at low cost, availing exciting deals and vouchers. However, this year is different when it comes to deals on cars. If you were looking to buy a car during Dusshera, you are headed for a disappointment.

Many parts of India will witness the festive cheer this weekend and the automakers are hoping for better-than-expected sales. Here’s why:

Discount offered by car manufacturers has dropped from what was offered last month and the waiting period for automobiles has increased, owing to various factors.

Across the board, one sees a massive dip in the discounts being given, while a whopping 50 per cent plunge has been witnessed in the discount offered by market leader Maruti. Others have followed suit with Mahindra and Mahindra, Tata Motors slashing their discounts.

Shailesh Chandra, president, Tata Motors, told India Today TV, “I don’t think we are facing an issue of the demand side. We witnessed high demand during the month of August, but now, we are seeing supply chain blockades.”

“We’re cautiously optimistic on the supply going forward,” he added.

People wait for several months to get a product delivered to their doorsteps. Some products even have a waiting list of up to half a year. And sometimes, customers might even have to shell out more in case of the higher retail price at the time of delivery.

Amid this, Maruti announced a 40 per cent reduction in production in October, over and above a 60 per cent cut in September, because of the semiconductor shortage.

As the companies’ backlog increases, the rise in prices has worried the customers. On average, the cost has moved up by around 5 per cent since the beginning of the year 2021.

Martin Schwenk, MD of Mercedes-Benz India, said in a statement, “We are seeing an unprecedented demand and the waiting list ranges from four weeks to 32 weeks.”

During this festive season, unlike the others, discounts have almost halved amongst top-selling cars. Car makers are, in fact, looking at a price hike in the midst of the season. Therefore, customers might face the possibility of a rise in prices.

On the question of the possibility of price rise, Shailesh Chandra said, “The commodity prices are high and I don’t think we can rule out a possibility of another price hike.”

The rising cost of steel coupled with semi-conductor shortage lead to a price rise.

The other challenge this time will be getting the delivery for the top-selling models.

If a person hasn’t yet booked the vehicle, there can be a possibility that you might get the delivery of the vehicle post the festive season.

Vinkesh Gulati, president, FADA said, “Diesel vehicles have a waiting period of six to eight months, but petrol cars are still available at a wait of around 4 months.”

High waiting periods and less discounts are generally music to the ears of a car manufacturer, but not this time when it is coming at the cost of empty production lines. Car makers are now pushing entry-level models for customers to make the most of the current demand.