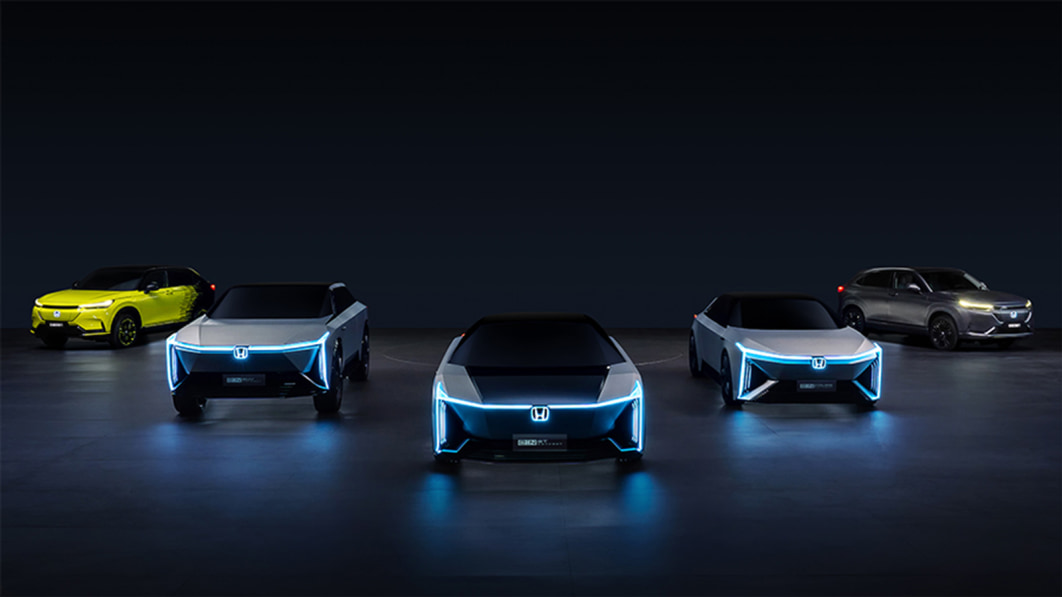 Honda certainly has an interesting electric car strategy in the works. Or arguably multiple strategies. It’s currently selling the incredibly charismatic Honda E hatchback in Europe and Japan. For the U.S., it’s leaning on GM, with a couple of models coming for 2024, the first of which has been named Prologue. And for China, it has a whopping 10 models planned to launch in the next five years. Now Honda has shown a couple of those production models, and, perhaps more interesting, three concepts that hint at what’s coming.

All of these electric Hondas for China will be sold under the sub-brand of e:N. The first production ones are called e:NS1 and e:NP1. They’re very clearly based on the Honda HR-V subcompact SUV and the e:Prototype concept from earlier this year.

As for the concepts, they’re called plainly the e:N SUV, e:N GT and e:N Coupe concepts, and the body styles reflect the names, with the GT seemingly a sedan. They all share razor-sharp body lines and simple, flat planes. The front running lights have vertical sections that protrude forward, and seem to be matched at the back, almost like modern renditions of ’80s Cadillac design. They’re also shaped very similarly to each other, save for adjustments to accommodate the body style differences.

Honda hasn’t said anything about the motors or battery packs for the e:N concepts, or for the production vehicles for that matter. Honda is building factories with Dongfeng and GAC that will produce e:N models starting in 2024, and the production versions of the concepts will probably be built there. There’s a chance some of these e:N models will be sold elsewhere, maybe even the U.S., since Honda intends to export some models. We emphasize “chance,” though, since Honda doesn’t say in what markets it plans to sell the e:N cars. If nothing else, it’s possible some of the e:N cars’ styling cues could appear on other Honda electric models.